Stevan Pasero Original Guitar Music: “Pavanne” was written in 1990 by Stevan Pasero and was released on the album Seasons. The song is a waltz in 3/4 time and is composed in the key of F major. Traditionally, the pavane (pavan, pavanne, padovana) is a slow processional dance common in Europe during the 16th century (Renaissance). The pavane, the earliest-known music for which was published in Venice by Ottaviano Petrucci, is a sedate and dignified couple dance, similar to the 15th-century basse danse. The music which accompanied it appears originally to have been fast or moderately fast but, like many other dances, became slower over time.

Be the first to review “Pavanne” Cancel reply 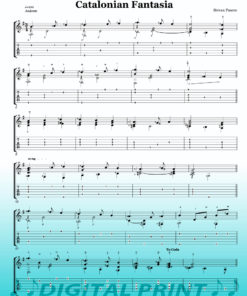