Stevan Pasero Guitar Sheet Music: “Motivato” was written in 2011 by Stevan Pasero and was released on the album Twelve Shades of Night. The song is in 4/4 time and is composed in the key of C major with bridge sections in A minor. This recording is a duet featuring Spanish percussionist Felix de Lola.

Be the first to review “Motivato” Cancel reply 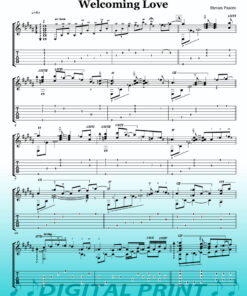