Approximately 200 years ago, Italian guitar virtuoso Mauro Giuliani (1781–1829) published his “120 Daily Arpeggio Studies”. Since then, there have been numerous editions published due to popular demand. Giuliani’s dedication and efforts helped raised the guitar above the level of a mere romantic instrument for accompaniment (in the 18th and 19th centuries), and was renowned as the greatest guitarist in Italy before he was 20 years old. Giuliani’s method books have been a mainstay for guitarists for many years now. That said, Andrés Segovia states, “It is a pity that Giuliani did not make these exercises more appetizing by using a more varied harmonization; but if the student knows harmony, or if the teacher who is guiding him has studied it, he should not find it difficult to overcome the persistent monotony of these two chords on whose shoulders rest so many useful exercises”. With this in mind and for the purpose of these lessons, Mr. Pasero has re-harmonized some of Giuliani’s arpeggio exercises (and has included several other arpeggios studies as well in this lesson) using different chords and progressions in the key of C Major. Practicing Giuliani’s studies re-harmonized this way produces a beneficial (and fun) workout for both hands—reducing the monotony that Segovia referred to. These are daily arpeggio studies. Practice them slowly at first, play them repetitively, and gradually build speed and volume. By doing so, your arpeggios (and repertoire) will advance quickly! 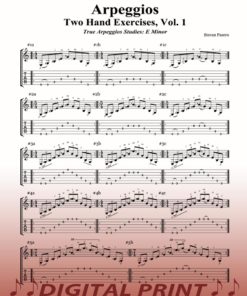 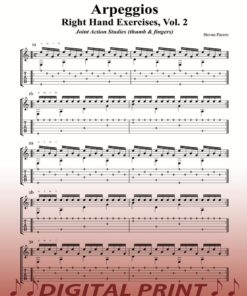 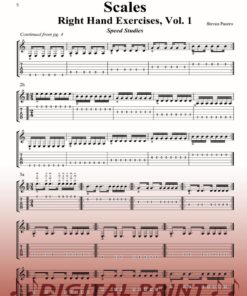 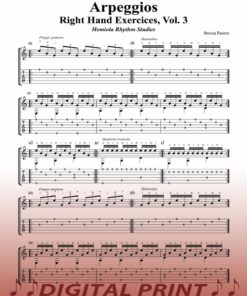 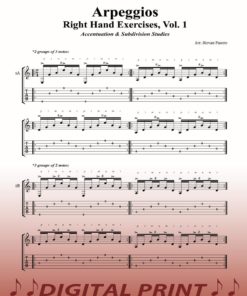 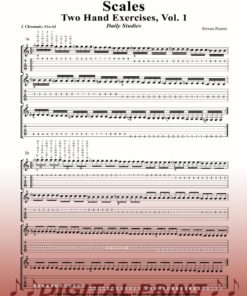 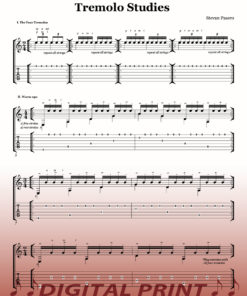 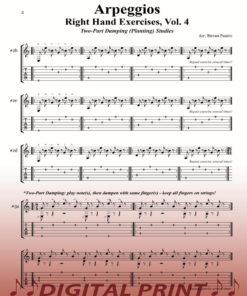